“We could say that Oceanagold really crippled our livelihood.” 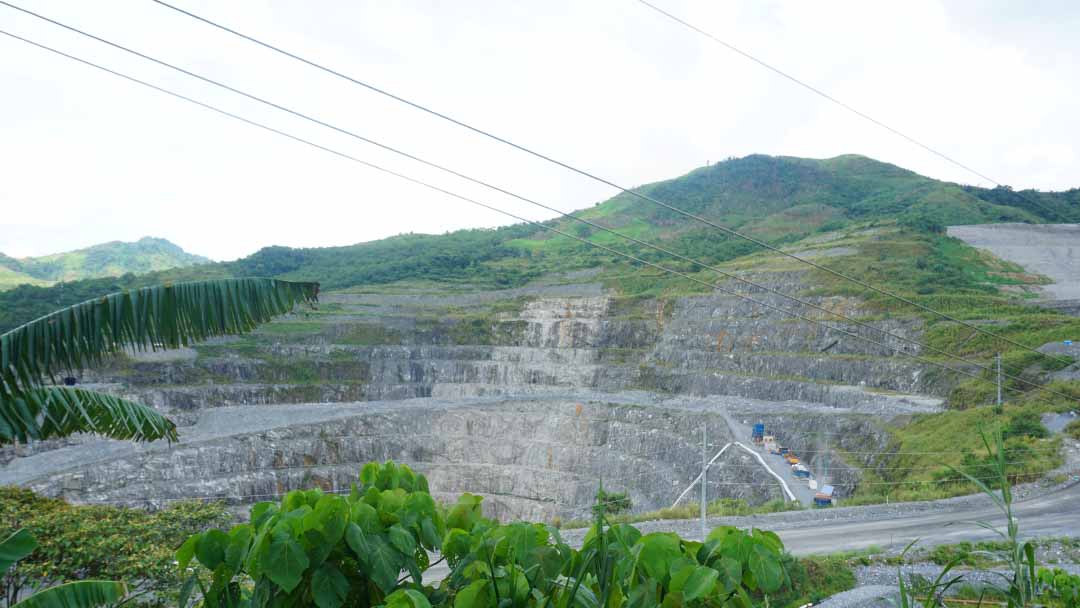 KASIBU, Nueva Vizcaya — Ernesto Palpag, 50 years old, used to harvest about 40 sacks of rice every cropping. He could always catch dalag and eels in a nearby river. Every morning, fresh air coming down from the mountain greeted him.

From time to time, he would join his neighbors in small-scale mining for extra income. The other people in the village also enjoyed freshly harvested sweet potatoes, bananas, citrus, and many other fruits and root crops.

Gone were those days. The farmer now laments how the village of Didipio, Kasibu, Nueva Vizcaya has been transformed by large-scale mining.

It started with Mount Dinkiday, a mountain which sits proudly in the small community of barangay Didipio. Not for long, Climax Arimco Mining Corporation was awarded the first financial and technical assistance agreement (FTAA) under the Mining Act of 1995, which allows 100-percent ownership of a foreign company. Later in 2006, it merged with Oceanagold Philippines Inc., a subsidiary of Australian-Canadian Oceanagold Corporation. The said mountain which was rich in gold and copper was flattened out and drilled for an open-pit.

Months after, the spring dried out the irrigation and the mineral wastes dumped from the mine tailings have caused the palay (unhusked rice) and sweet potatoes to be infected by tungro virus or become stunted.

“We could say that Oceanagold really crippled our livelihood,” Palpag said.

“If in the past we export our vegetables to Metro Manila because of excess in our harvest, now we couldn’t even bring enough to our family’s table,” Palpag added.

Their small-scale mining operations have also been suspended because the mining company said they have no rights.

“They even said we’re the ones who polluted our river but they were the ones dumping lake-wide chemical wastes,” Palpag said.

“I even challenged them to see who’s producing the toxic wastes that killed our rivers by drinking the waste we produced in small-scale mining and the one that comes from their mine tailings,” Palpag said. “They did not accept it.”

The production of citrus trees, to which the province was known to be a top producer, has also declined. In the past, they could harvest up to 50 crates, but it was now reduced to 10 crates.

The locals did not want Oceanagold’s promised employment and development.

Celia Bahag, a local councilor of barangay Didipio, said that Oceanagold promised them job opportunities but it turned out that most of its employees were outsourced from nearby provinces like Isabela and Quirino. If there were any from the locals, they were few and were only offered low paying jobs, Bahag said.

“We cannot just trade their [Oceanagold] so-called ‘progress’ for the future of the next generation. If we let them continue exploiting the environment’s resources then we’d just be accessory to it and that is something we could not allow,” Bahag said.

During meetings, Bahag said Oceanagold representatives kept on pointing out that their community would be nothing without them but the barangay official would always say that their agricultural livelihood was more than enough.

Studies done by the Philippine Statistics Authority (PSA) last year showed that mining and quarrying only contributed less than two percent to the Gross Domestic Product (GDP) of the country compared to the seven percent made by the agriculture sector. And for employment, mining only contributed 0.05 percent as to the whopping 23 percent of agriculture.

Meanwhile, for the first quarter of the year alone, Oceanagold reported a net profit of $12.4 million.

Bahag also revealed that Oceanagold did not fulfill its promise of providing a potable water system, as stipulated in a memorandum of agreement between the company and the local government. To date, no concrete plan has been presented and no clean water has reached their households.

Their natural springs, where they get their drinking water in the past, have been emptied.

The luscious green leaves that once covered the Mount Dinkiday were now gray rocks clouded not by misty air but by dust and smoke coming from gigantic trucks transporting gravel and equipment from different quarries.

Palpag only wanted to till his land once more, of just an inch deep enough to plant a seedling that would grow and feed his children and possibly the future generations to come in centuries. Yet, he said that the greedy excavated a whole mountain and burned a whole community down but for just a couple of decades.